The LudgerSep R BPT Solvent was developed for the analysis of monosaccharides labeled with 2-AA using the LudgerTag Monosaccharide Labeling Kit.

The LudgerSep R BPT Solvent is supplied at a 10x concentration of final as
50 mL of x10 BPT solvent in a rectangular HDPE bottle with a leak-proof cap.The R BPT Solvent contains volatile components so we always recommend making the solvent up on the day of intended use.

De-gassing of solvents (e.g. by vacuum, sonication or helium sparging) is required for optimal performance of some HPLC systems. Note that the BPT solvent is semi-volatile so water should be de- gassed before adding the solvent concentrate.

3. Use the BPT X10 Solvent
Use the BPT solvent for monosaccharide analysis according to the LudgerSep LS-UR2-2.1×50 UHPLC column guide or the LS-R2-4.6×150 HPLC column guide. HPLC solvent line filters should be used at all times.

Overview of the Monosaccharide Release and Labeling Procedue

The kit also contains the LudgerTag MonoMix, a monosaccharide standard containing glucosamine, galactosamine, galactose, mannose and fucose. Xylose is included for use as an internal standard.

There are two hydrolysis acids provided. 2 molar trifluoroacetic acid (2M TFA) and 6 molar hydrochloric acid (6M HCl). 2M TFA is good for releasing neutral monosaccharides but is less effective with the N-acetylglucosamine (GlcNAc) and N-acetylgalactosamine (GalNAc) monosaccharides for which we recommend using 6M HCl. We recommend using these acids on separate replicates of your samples. 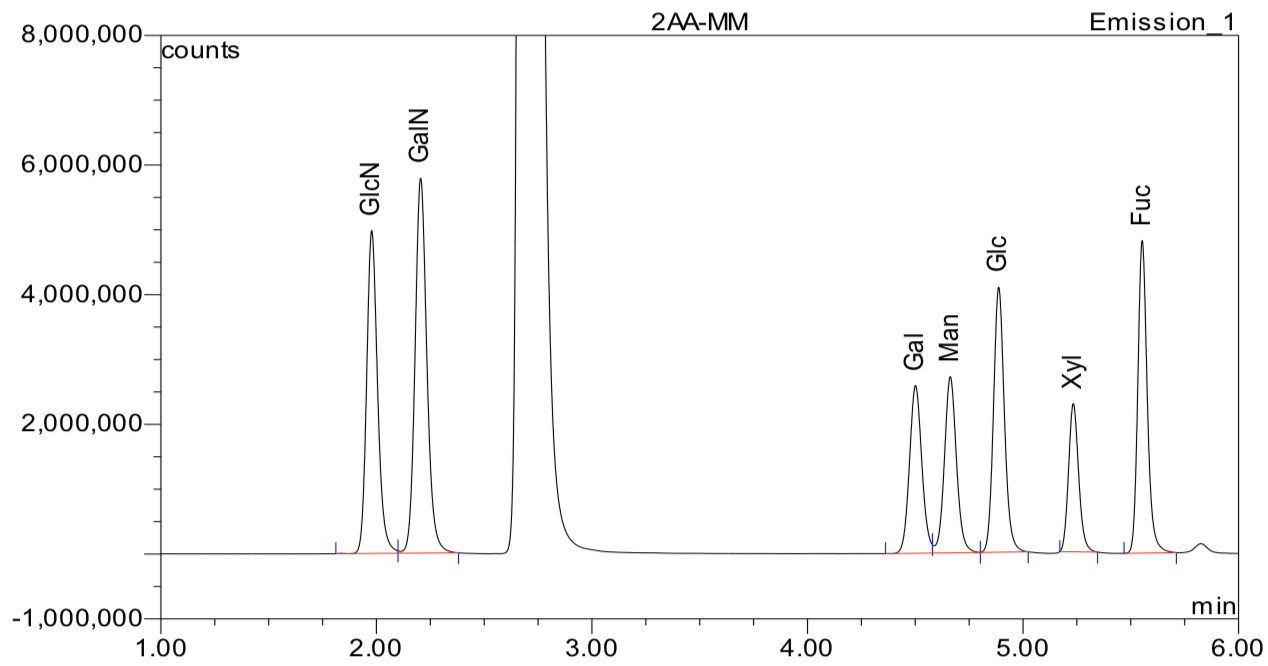 Storage
Store unopened bottle at 4˚ C. As with any HPLC solvent we recommend preparation of the solvent immediately before use. Take care that the diluted solvent is not exposed to excessive heat or sunlight as it contains volatile components. Stability times of the prepared solvent will vary according to your laboratory conditions. Longterm storage of the prepared solvent, ie longer than 4 days, may result in evaporation of some of the volatile components in the solvent leading to a change in monosaccharide retention times.