Sialic Acids (a family of derivatives of neuraminic acid) are usually found as terminal structures of both N-linked and O-linked glycans.

Being located at the terminal position of glycans, sialic acids are a likely point of contact for many glycoprotein interactions. They are also important for the stability and 3D conformation of glycoproteins and are involved in many biological interactions:

• Sialyation of IgG reduces ADCC and increases anti-inflammatory activity
• Sialic acids increase the serum half-life of glycoproteins by preventing uptake by the liver’s asialoglycoprotein receptor
• NGNA(Neu5Gc), a glycan not found in humans, can illicit an immune response and lead to increased neutralization of biopharmaceuticals.
• Cell line choice can greatly influence the type of neuraminic acids present on a biopharmaceutical, for example a large portion of the sialic acids on mouse IgG are often NGNA. 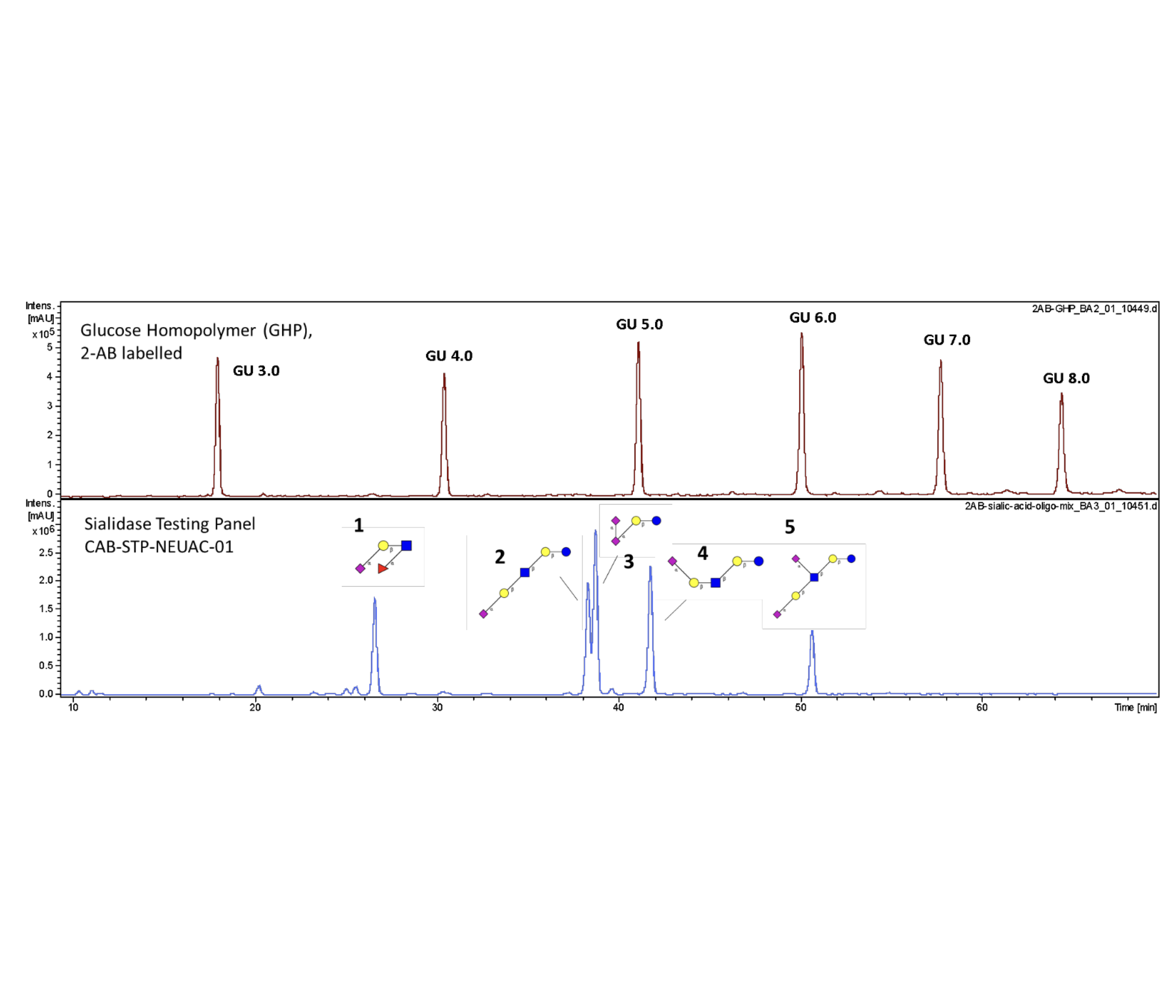 The Sialidase Testing Panel is a mixture of five different oligosaccharides containing NeuAc sialic acid linked in α2-3, α2-6, and α2-8 positions. The glycans are labeled with either 2-AB or procainamide. 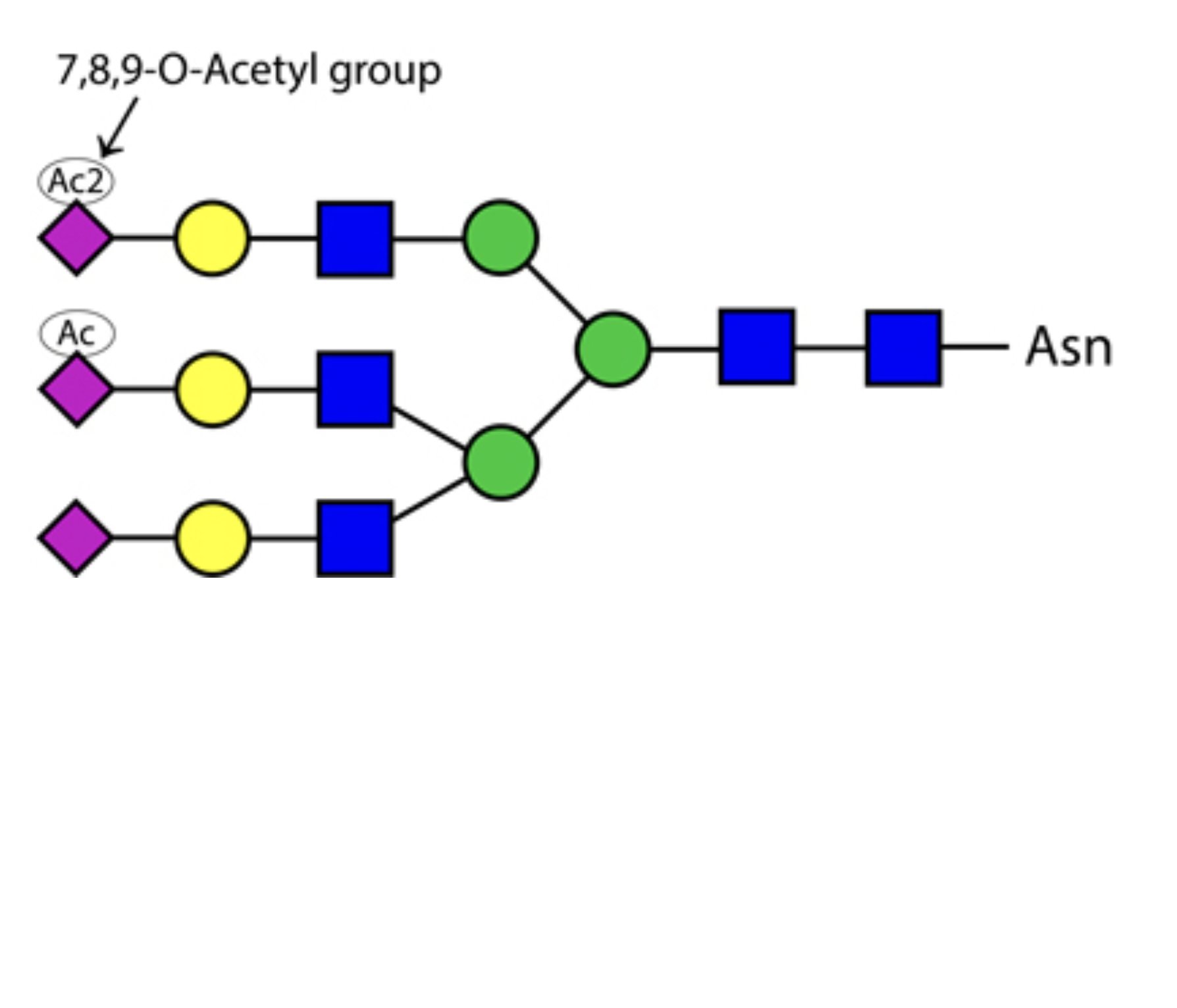 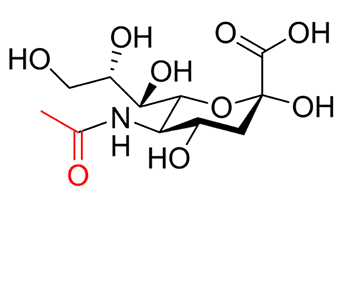 The N-acetylneuraminic acid (NANA) standard is a quantitative standard of NIST-F and USP traceable Neu5Ac monosaccharide. 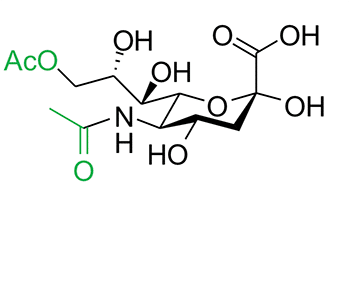 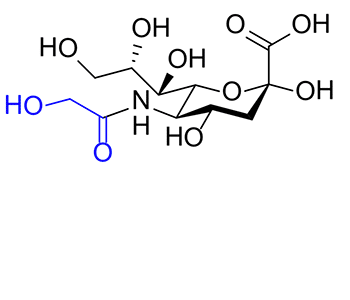 The N-glycoylneuraminic acid (NGNA) standard is a quantitative standard of NIST-F and USP traceable Neu5Gc monosaccharide. 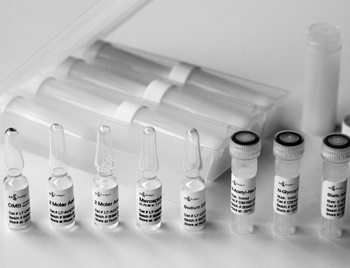 The LudgerTag DMB Sialic Acid Labeling Kit has been developed for the qualitative analysis of sialic acids.
The kit contains reagents for the release of sialic acids from glycoproteins. Released sialic acids are conjugated with DMB dye by an amination-cyclisation reaction. 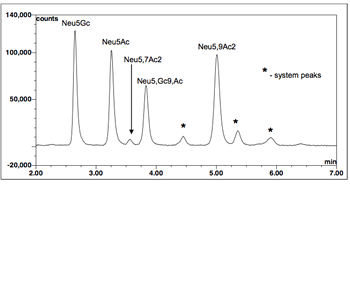 The Sialic Acid Reference panel is a mixture of different sialic acids forms (as detailed on chromatogram below) sourced from bovine submaxillary mucin.

This enzyme catalyzes the synthesis of CMP sialic acid from CTP & sialic acid.
The resulting molecule can then be covalently attached to an oligosaccharide by sialyltransferase. 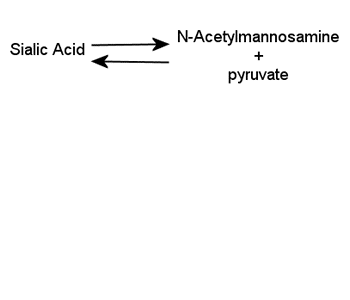 Converts sialic acid to N-acetylmannosamine & pyruvate. Sialic acids can then be quantitated by a coupled reaction with NADH and lactic dehydrogenase 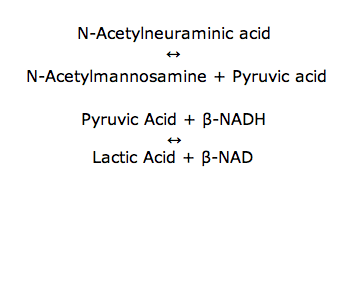 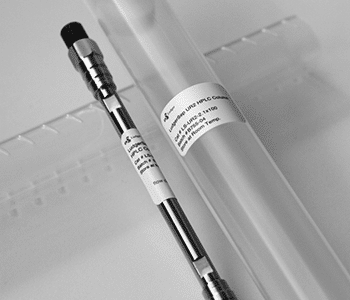 The LudgerSep uR2 2.1x100mm column has been developed for UHPLC analysis of sialic acids labeled with DMB using the LudgerTag DMB Sialic Acid Labeling Kit.