Normal phase glycan analysis by HPLC resolves glycans based on hydrophilicity, which is determined primarily by size, as well as arm specificity and linkage. It is one of the most widely used methods used for glycoprofiling a mixture of 2-AA and 2-AB labeled glycans.

N-linked glycans are released from glycoproteins via enzymatic cleavage, most often by the addition of PNGase F. Alternatively, our Endo F Multi-kit can be used to deglycosylate native proteins that are resistant to PNGase F cleavage under non-denatured conditions. The Endo F enzymes are known to be less sensitive to glycan location within the protein’s three-dimensional structure. It should be noted that these three enzymes cleave N-linked oligosaccharides between the two GlcNAc residues in the core of the oligosaccharide, generating a truncated sugar molecule with one N-acetylglucosamine residue remaining on the asparagine. The remaining monosaccharide imparts a charge, thereby increasing the solubility of the protein. In contrast, PNGase F removes the oligosaccharide intact.

For O-linked glycan release, the Ludger Liberate Orela Kit allows the release of glycans leading a free reducing terminii suitable for fluorescent labelling. The kit is straightforward and contains a simple method with no special handling techniques as required by the alternative method, hydrazinolysis.

The LudgerSep N2 normal phase column is the 2.0mm version of the N2 columns, developed for the faster analysis of N- & O-linked glycans.

This is the 4.6mm version of the LudgerSep N2  normal phase columns, developed for the faster analysis of N- & O-linked glycans. 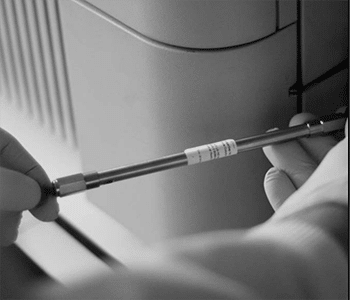 This normal phase column (amide-80) resolves glycans based on hydrophilicity, which is determined primarily by size, as well as arm specificity and linkage. 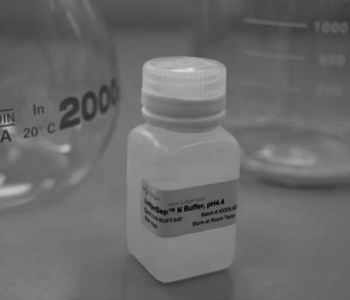 This normal phase guard column is for use with the LudgerSep N1 amide HPLC Columns, widely used for profiling of 2-AB and 2-AA labeled glycans as part of lot release QC for therapeutic glycoproteins.