Procainamide labeled glycans can be analyzed by UHPLC, HPLC, ESI-MS, and LC-ESI-MS methods. Because of its improved ionization efficiency compared to 2-AB labeling it can permit identification of minor glycans (<1% relative peak area) by ESI-MS.

2-AB labeled glycans are one of the most referenced glycan standards for biopharmaceutical analysis. Labeled glycans may be analyzed by high-sensitivity fluorescence detection or monitoring of UV-absorbance during various chromatographic and structure sequence analyses, as well as mass spectrometry.

2-AA labeled glycans (2-aminobenzoic acid) are considered to be a superior standard for glycan analysis due to the higher sensitivity of detection as compared to 2-AB labeled glycans.

The Mab4 antibody reference panel is a mixture of glycans commonly found on monoclonal antibodies: G2F(NA2F), G0F(NGA2F), and both G1F isomers

View Certificate of Analysis as PDF 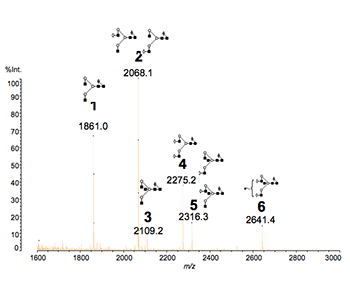 View Certificate of Analysis as PDF 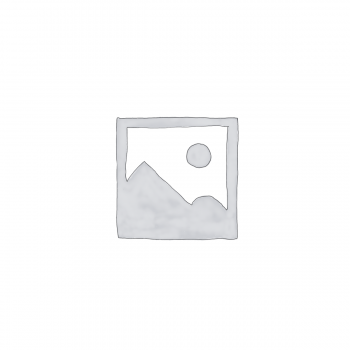 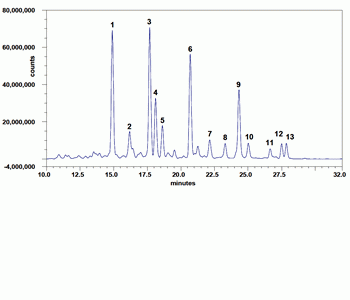