-Endoglycosidases cleave intact glycans from glycoprotein
-Highly stable enzymes in clean preparations- no glycerol, NaCl, or other additives such as EDTA.
-All enzymes are tested for the absence of proteolytic or unexpected glycosidic activity

PNGase F is commonly included in the group of enzymes due to its similar activity of cleaving intact N-linked glycans, though it is actually an amidase. It cleaves between the asparagine amino acid and the first ß-N-acetylglucosamine sugar (GlcNAc) of the chitobiose core of N-linked glycans. The Endo F enzymes and Endo H cleave N-linked glycans between the first and second GlcNAc, leaving a hydrophilic residue which aids in increasing solubility of the deglycosylated protein, reducing the potential for precipitation of the protein aggregates. PNGase F cleaves all N-linked glycans, while Endo H and the Endo F enzymes remove specific types of N-linked glycans. PNGase F will not remove oligosaccharides containing alpha-(1,3)-linked core fucose commonly found on plant glycoproteins.

Also included in this classification of enzymes is O-Glycosidase, which removes the Core 1 O-Linked glycan (Gal-β1,3-GalNAc) from serine or threonine amino acids. Often times O-linked glycans contain additional monosaccharides linked to the galactose in both branched and linear linkages, requiring the use of exoglycosidases such as sialidase and galactosidase to remove the additional sugars.

Enzyme remains fully active for at least 96 hours at 37˚C.

Selective release of biantennary glycans from peptides and proteins 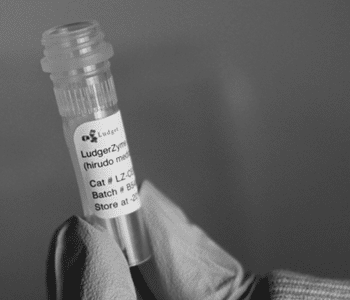 Ceramide glycanase can be used to deglycosylate a variety of glycosphingolipids by cleaving the β-glycosyl linkage.